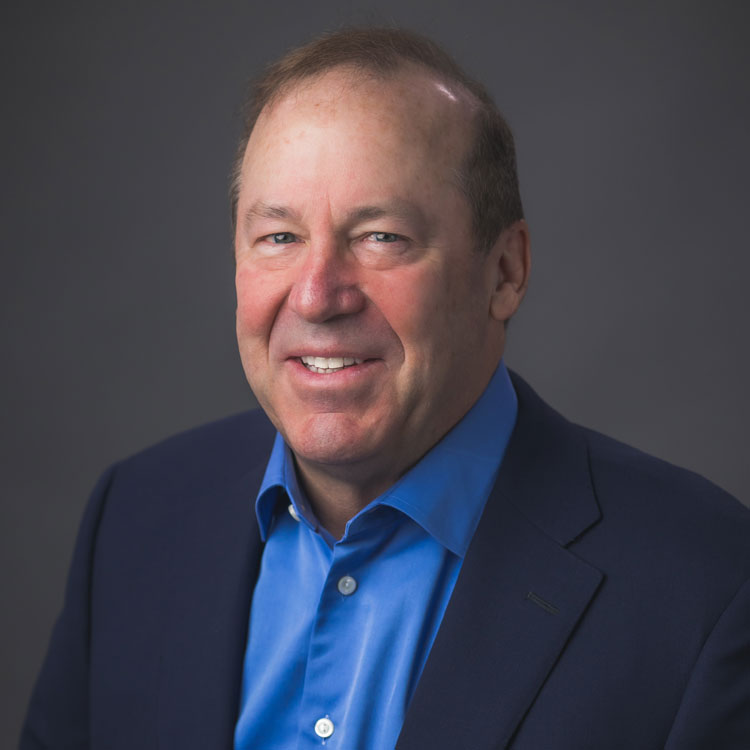 Donald Thompson has been the Chief Executive Officer of Maxwell Group, Inc. since he founded it in 1989. He provides strategic leadership, planning, and vision for all aspects of the Company. Thompson started in the care industry in 1980 when he built his first assisted living community. He then went on to develop his first CCRC, or Life Plan Community, in 1982. Over the last five decades, Thompson has owned a variety of companies providing independent living, assisted living, dementia care, skilled nursing, rehab services, group purchasing, enteral feeding, medical equipment, medical supplies, home health services, and pharmacy services. Thompson is a graduate of the University of North Carolina-Chapel Hill’s Kenan-Flagler Business School, where he earned his Bachelor of Science in Business Administration. 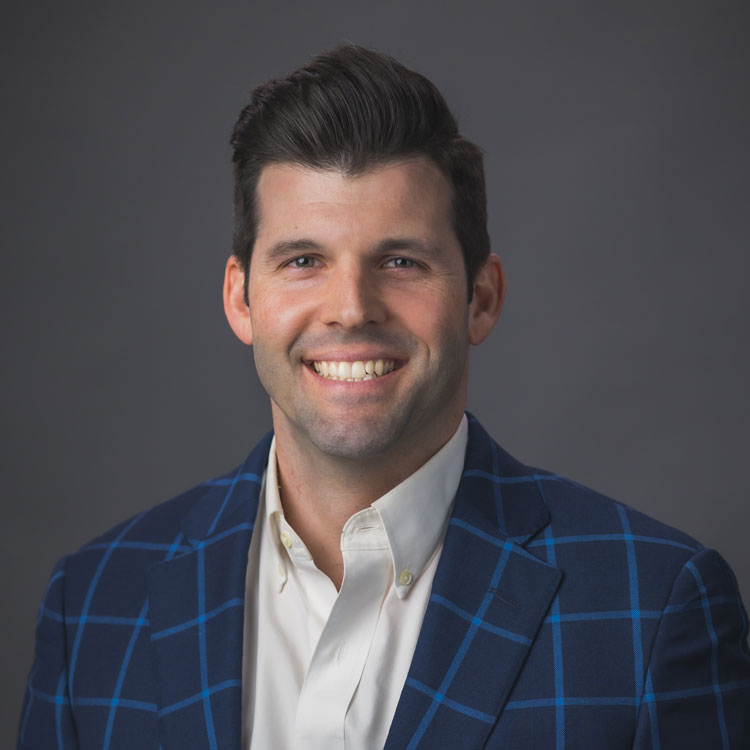 Ben Thompson has been the President of Maxwell Group, Inc. since early June of 2019. He oversees and provides direction for all of the Company’s operating functions. Thompson joined the Company in May 2012 as an Operations Analyst. He has since gone on to serve as VP Special Projects, VP Procurement, VP Development and Executive Vice President. In his current role he is responsible for all of the Company’s operational functions including: human resources, programming, dining, development, construction, design, facility services, and purchasing. Thompson is a graduate of the University of North Carolina-Chapel Hill, where he double majored, earning a Bachelor of Science in Economics and a Bachelor of Science in Management and Society.

Rebecca Beam has been the Chief Financial Officer of Maxwell Group, Inc. since July of 2018. She oversees and provides direction for all of the Company’s fiscal functions. Beam joined the Company in March 2014 as Assistant Controller. She has since gone on to serve in other Accounting roles, such as Controller and Chief Accounting Officer. Prior to joining Maxwell Group, she founded a CPA firm, Reardon & Garrison, LLP, where she worked for two years. Beam was also a senior accounting analyst with Duke Energy, as well as a senior assurance associate with PricewaterhouseCoopers, prior to joining the Company. Beam is a graduate of the University of North Carolina-Chapel Hill’s Kenan-Flagler Business School, where she earned her Master of Accounting. She is also a graduate of the University of North Carolina-Chapel Hill, where she earned her Bachelor of Science in Mathematics with a minor in Chemistry. 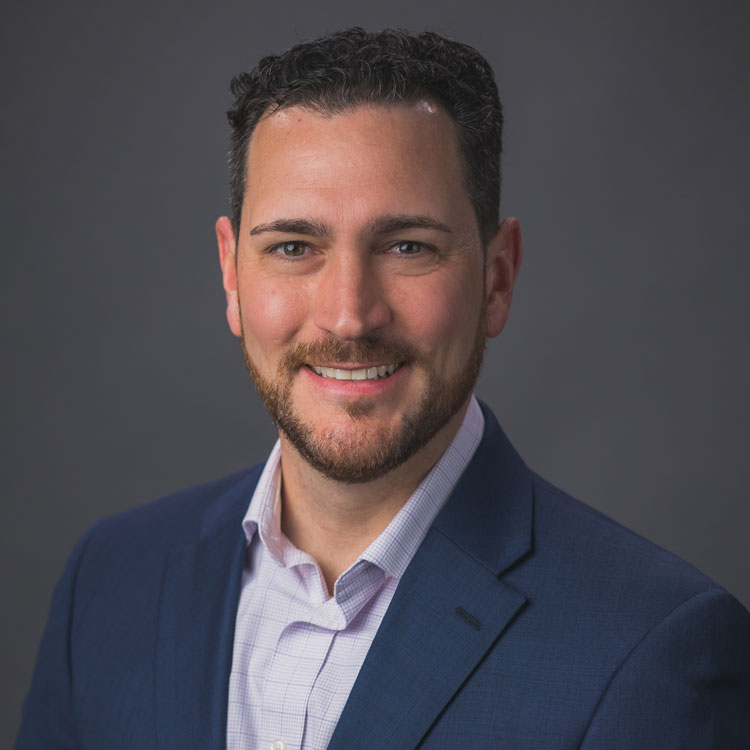 Aniello Salierno has been the Chief Information Officer of Maxwell Group, Inc. since June of 2010. He oversees the Company’s information technology strategy, system integrations and implementations, as well as analyzes emerging technological advances. Salierno joined the Company in 2003 as Finance Director for The Lakes at Pointe West, a Florida continuing care retirement community previously managed by Senior Living Communities. Within three years, he became VP Operations overseeing 10 communities across Florida, Georgia, North Carolina and South Carolina, before being promoted to his current role. Prior to joining Maxwell Group, Salierno was the assistant branch manager for Raymond James Financial, Inc. Salierno is a graduate of the University of Florida, where he earned his Bachelor of Science in Finance. He is also a licensed Assisted Living Administrator. 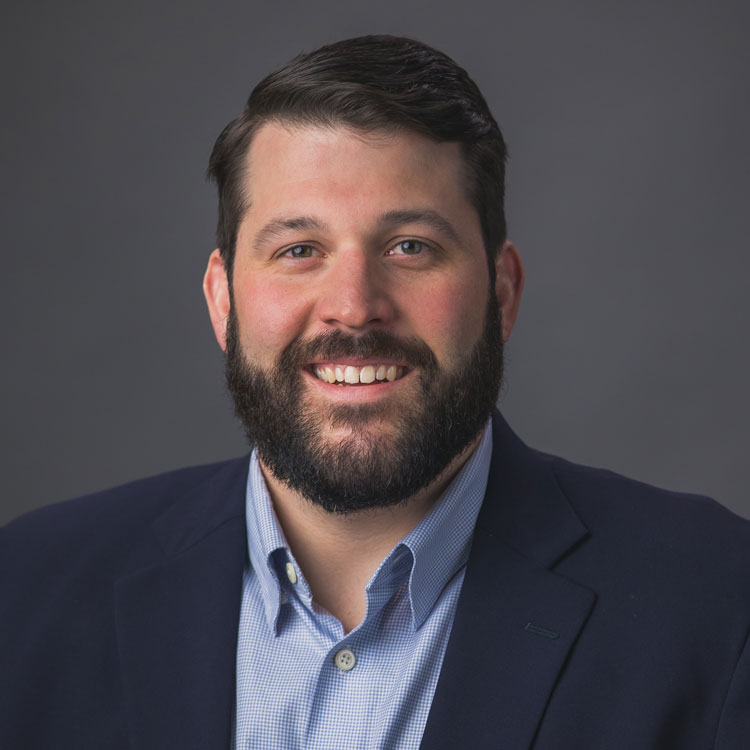 Josh Thompson has been the Chief Marketing Officer of Maxwell Group, Inc. since May of 2018. He oversees and provides the strategies and initiatives for all of the Company’s marketing and sales. Thompson joined the Company in August 2015 as VP Procurement. He has since gone on to serve as a Lifestyle Advisor at Marsh’s Edge, a St. Simons Island, Georgia continuing care retirement community managed by Senior Living Communities before promoted to VP Marketing. Prior to joining Maxwell Group, Thompson was in outside sales for Ferguson Enterprises, Inc. Thompson is a graduate of Oklahoma State University, where he earned his Bachelor of Science in Business Administration. 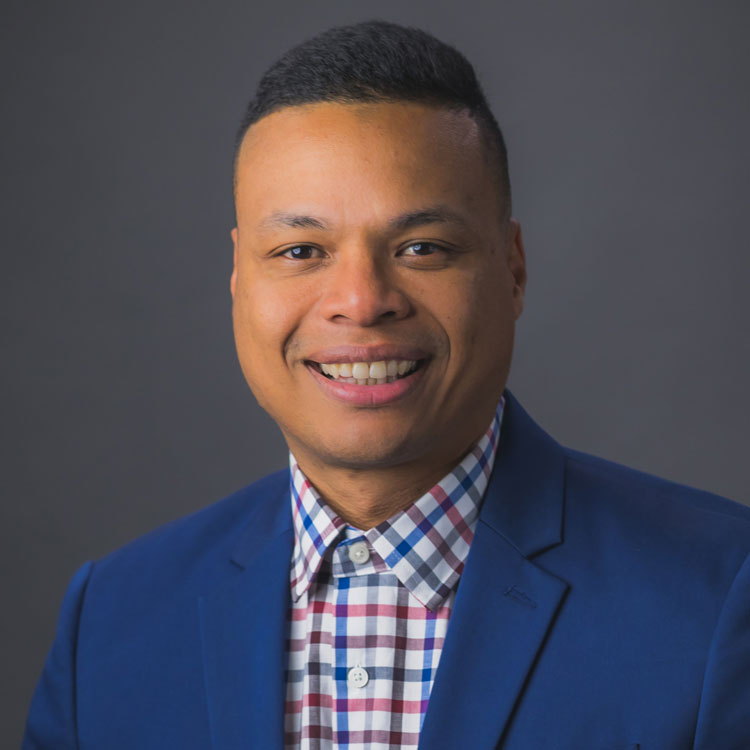 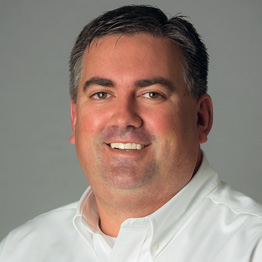 Jimmy Justice has been the Vice President of Operations of Maxwell Group, Inc. since October of 2016. He oversees and provides direction for the Company’s operations in Florida, Georgia, Indiana and coastal South Carolina communities. Justice joined the Company in 2010 as the Care Services Administrator for Brightwater, a Myrtle Beach, South Carolina continuing care retirement community managed by Senior Living Communities. In June of 2014, he was promoted to Executive Director. Prior to joining Maxwell Group, Justice worked in a variety of roles in the senior housing industry. Justice is a graduate of West Virginia University, where he earned his Bachelor of Arts degree. He is also a licensed Community Residential Care Facility Administrator and a Nursing Home Administrator. 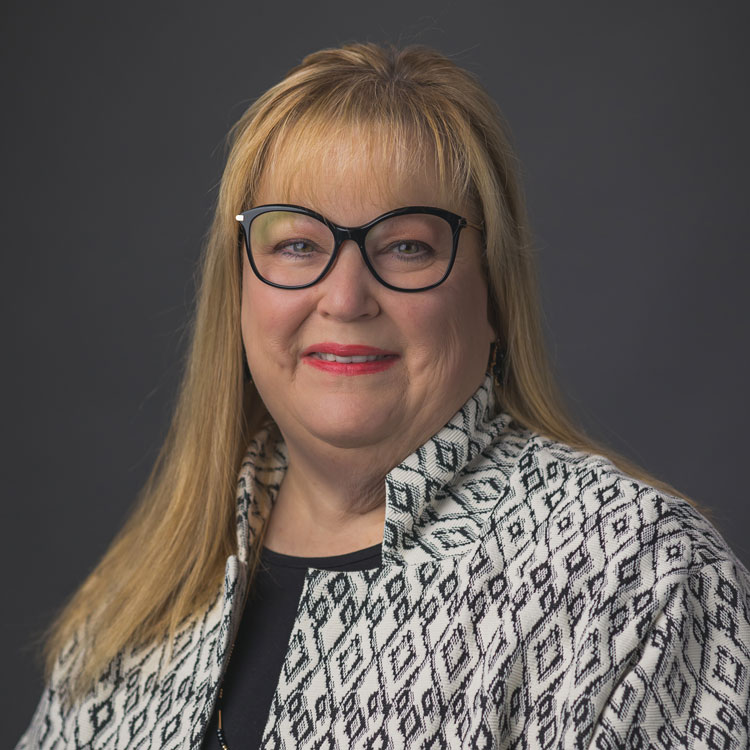 Nerissa Nelson has been the Vice President of Human Resources of Maxwell Group, Inc. since January of 2015. She oversees all aspects of Human Resources for the Company, including recruitment, workforce development, training, retention and benefits. Nelson joined the Company in 2010 as Director of Talent Management. Since then, she has served in a variety of HR roles, such as VP Talent Management and VP Recruitment. Nelson has spent her entire career in HR and states, “every team member at every level deserves to be valued, respected and heard”. Prior to joining Maxwell Group, Nelson worked for Federated Department Stores, Inc. and Nations Bank. Nelson holds certifications in Human Resources and Aging Studies.

Robin Viles has been the Vice President of Care Services of Maxwell Group, Inc. since September of 2017. She oversees all aspects of the Company’s Care Services, including Clinical Development & Analytics, Assisted Living, Memory Care, Skilled Nursing, Short-Term Rehab, and Home Health. Prior to joining Maxwell Group, Viles was the director of solutions consultants with Netsmart, formerly HealthMEDX, Inc., where she consulted senior housing operators on the uses of health care technology and the optimization of electronic health records. Prior to working with Netsmart, Viles worked for several senior housing operators in a variety of roles, ranging from director of nursing, director of marketing and admissions, to clinical consultant. Viles is a graduate of Drury University, where she earned her Bachelor of Science in Health Care Administration. She is also a graduate of Southwest Baptist University’s St. John’s School of Nursing, where she earned her Nursing degree. Viles is a Licensed Registered Nurse, Nursing Home Administrator, and a Registered Health Information Technician. 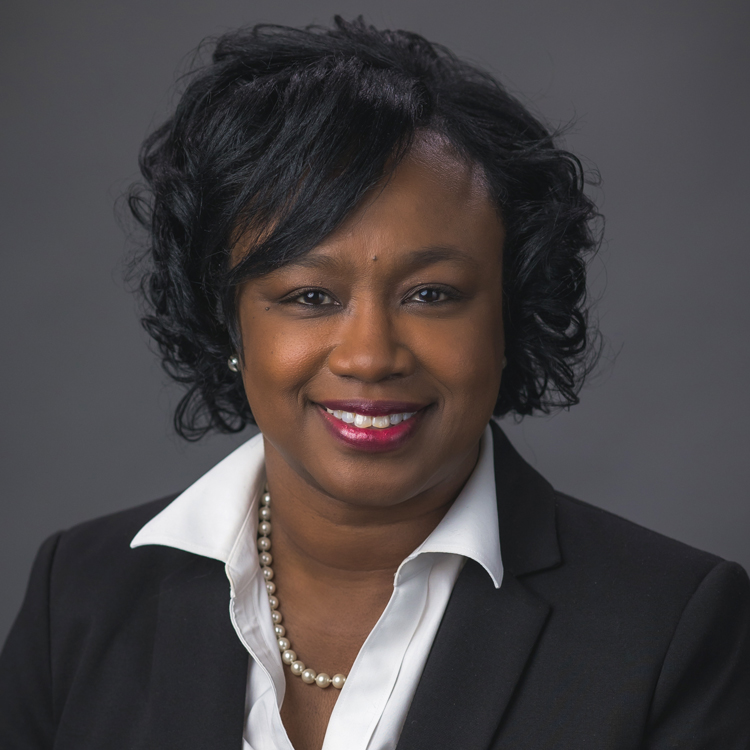 Angela Gist has been the Vice President of Clinical Development of Maxwell Group, Inc. since April of 2016. She oversees all of the Company’s clinical services, as well as works with the communities on developing best in class care. Gist joined the Company in 1998 as Assisted Living Administrator at Summit Hills, a Spartanburg, South Carolina continuing care retirement community managed by Senior Living Communities. In 2009 she was promoted to Director of Nursing at Summit Hills where she further excelled being named Director of the Year and winning an Outstanding Service Award. Prior to joining Maxwell Group, Gist worked in Acute Care, Med/Surgery and Urology Nursing. Gist is a graduate of University of South Carolina-Upstate’s Mary Black School of Nursing, where she earned her Nursing degree. She is also a Licensed Registered Nurse, Community Residential Care Facility Administrator, and a Certified Dementia Practitioner. 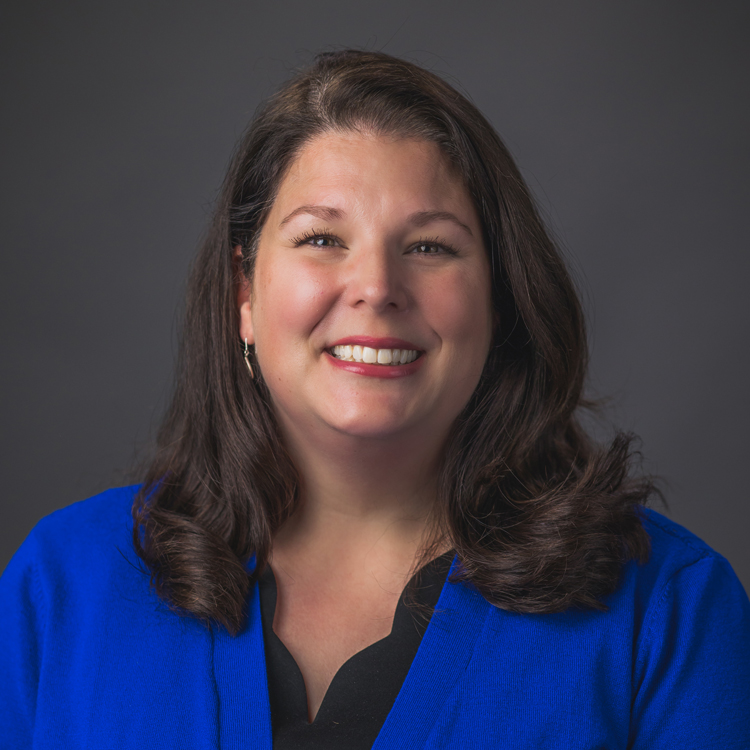 Aimee Simmons has been the Vice President of Programming of Maxwell Group, Inc. since April of 2016. She oversees and provides direction for all of the Company’s wellness and social initiatives. Simmons joined the Company in 2012 as Vice President of Healthcare Marketing, where she oversaw all of the Company’s Care Services sales. Under her sales leadership the Company’s occupancy in Care Services reached new heights. In 2013 Simmons accepted a position elsewhere in the industry and most recently served as Executive Director of Waltonwood-Cotswold before rejoining the Company as VP Programming. Simmons is a graduate of Lander University, where she earned her Bachelor of Science degree. She is also a licensed Assisted Living Administrator, Certified Dementia Practitioner, and a Certified Alzheimer’s Disease and Dementia care. 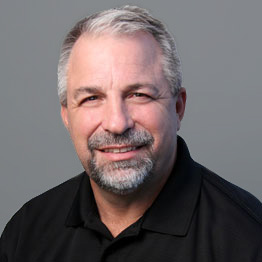 Tim Andrews has been the Vice President of Construction of Maxwell Group, Inc. since December of 2015. He oversees all aspects of the Company’s construction, including start-up operations and maintenance of operational communities. Andrews joined the Company in 1989 in a facility maintenance role at Heritage Hills, a Hendersonville, North Carolina retirement community associated with Maxwell Group. He has since gone on to serve in several related roles including Director of Development for Aaron Enterprises. Most recently, Andrews was the VP Facility Services, where he oversaw all aspects of the Company’s facility services. Andrews holds several licenses and certificates in multiple maintenance and construction fields. 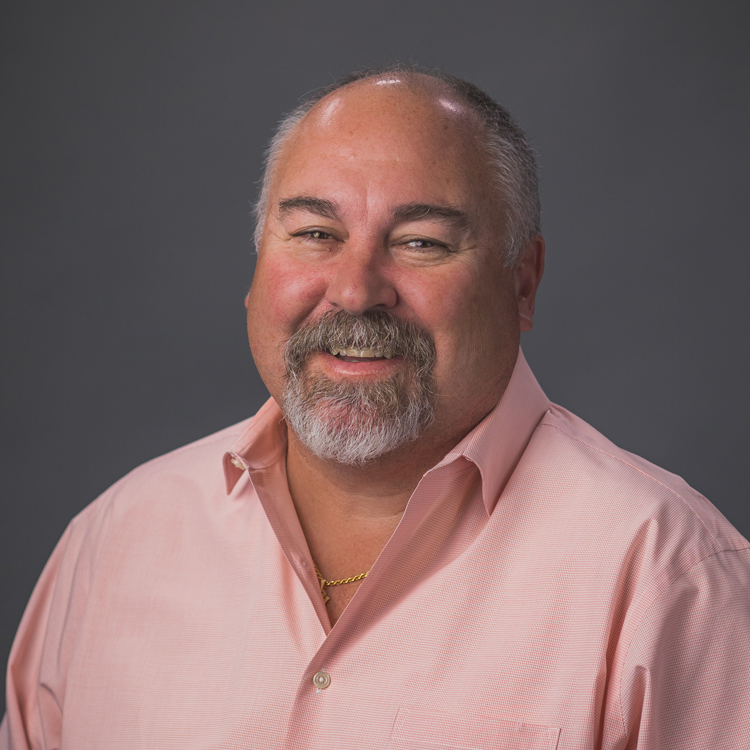 Mike Zebrowski has been the Vice President of Facility Services of Maxwell Group since May 2019. He oversees the maintenance program and special facility service-related projects throughout Maxwell Group’s properties. Zebrowski has a hospitality background, having previously worked with industry leaders in hotels and casinos where he held management roles in construction, facilities and engineering. He joined the company in 2015 as the Director of Facility Services for Brightwater, a Myrtle Beach, South Carolina continuing care retirement community managed by Senior Living Communities.